How to Make a Reflex Measurement Device with SunFounder Nano

How to Make a Reflex Measurement Device with SunFounder Nano

When I was reading some articles about games and game design, I came across an old article. Immediately the idea came to my mind, how can I measure the reaction/reflex of someone?

At first, to define reflex time is, it’s the time taken to process an input (like hearing an alarm or seeing an object), processing it, and reacting accordingly.

So, this should be easy :D. It only needs a way of measuring the time of a response to a certain alarm, and my initial thought was using a single button and a buzzer. When the buzzer goes off, you press the button and that’s it. But then I thought it would be much better if I added two more buttons to have the player pressing those buttons until the buzzer goes off, this way the response distance is constant.

Getting that clear, I can design the circuit and bring the measurement tool into reality. 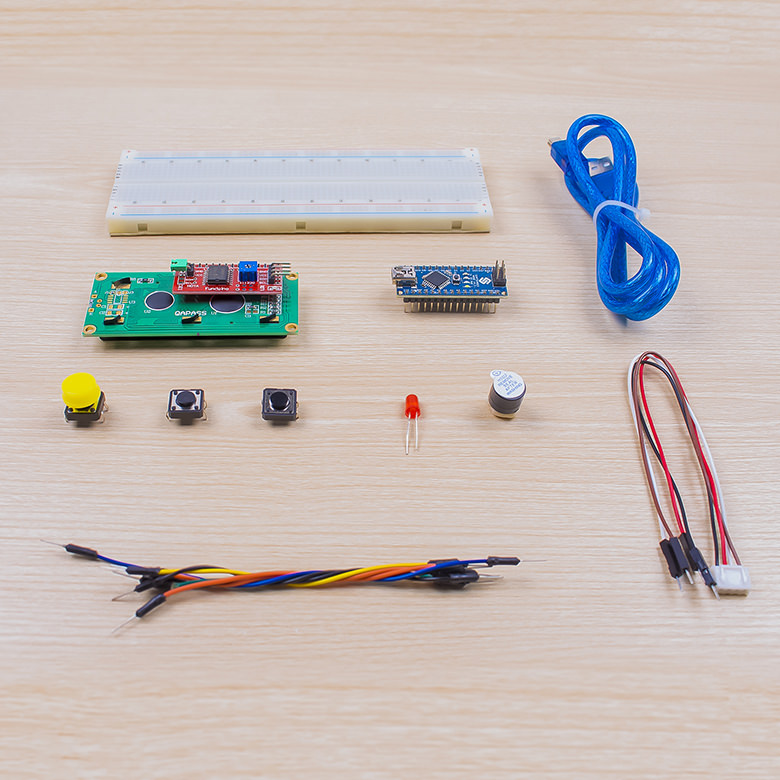 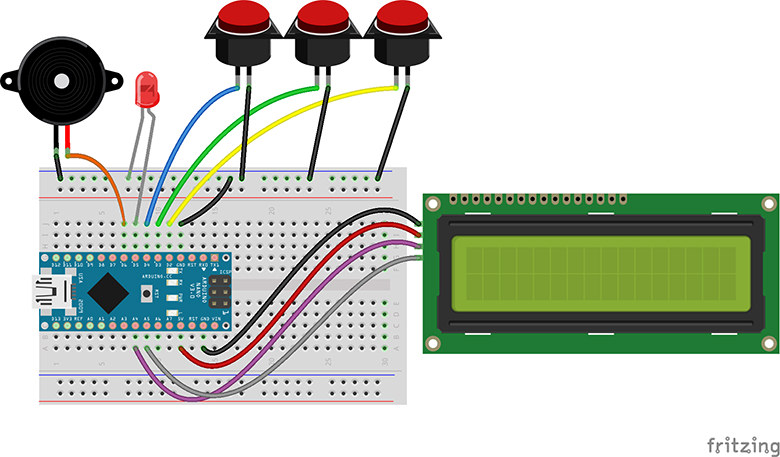 (refer to the Wire page on Arduino.cc: https://www.arduino.cc/en/Reference/Wire )

Note: Leave A7 on the Arduino unconnected as it’s used for seeding a random number, for like storing data temporally. 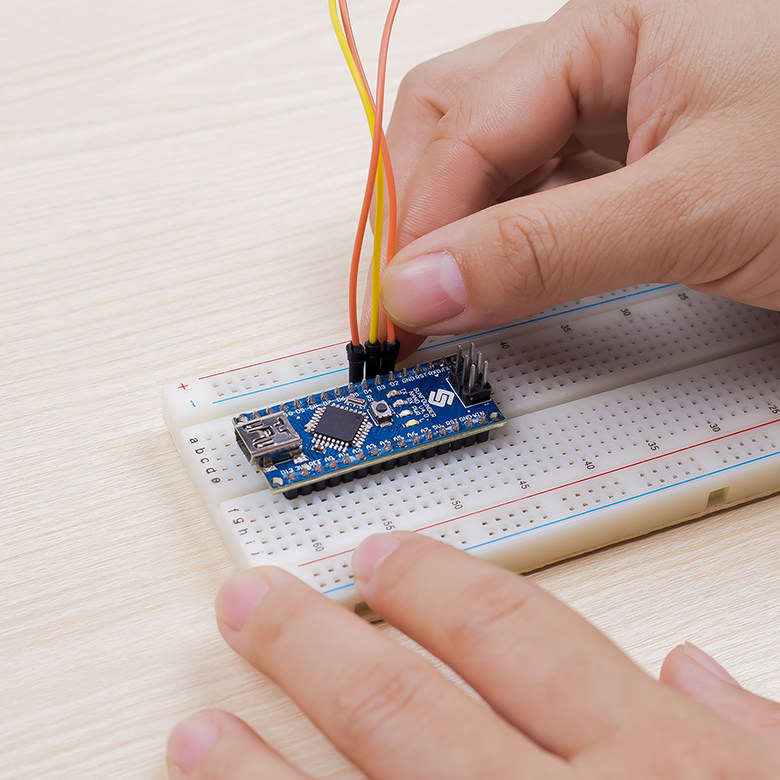 For the initial idea that I had, the code should be something like this:

-          Initialize the randomSeed with a random signal

-          During the random wait time, if the player releases any of the buttons or tries to press the SW3 button, he loses “Game Over”, and then a new game starts 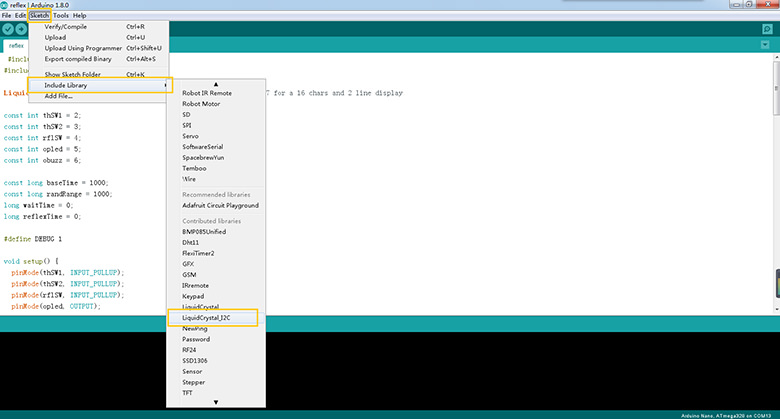 After the code is uploaded successfully, I can test the reflex time now.

Now I put my two fingers, here the forefinger and the middle, on the black buttons. Then press them one by one or altogether. The message will appear on the LCD, "press the button after the signal". So just wait and keep the fingers onside. After a few seconds, the buzzer beeps high abruptly. At once I need to press the yellow button very quickly. So the reflex time just gets measured and shown on the LCD: 447ms…that's not bad...but, I'll try again! And again….

Oh, don't forget to call your friends and families to race a game.

There is room for improvement, for example:

-          Keeping and displaying the best score or personal record

I used a scrap piece of plywood, cut it using a laser cutter to a 15*15cm with three mounting holes for the buttons. (the distance between the lower 2 holes depends on your finger length) 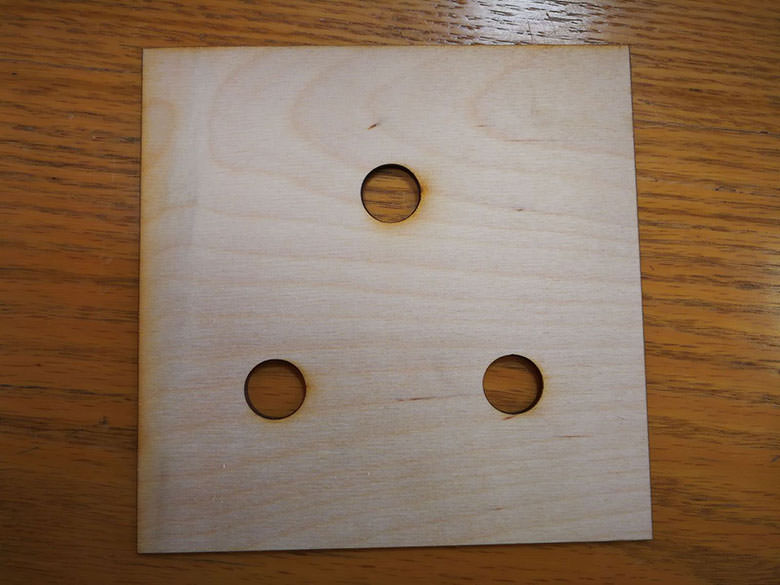 Then organized the wires a bit (similar LCD but with a potentiometer), and insert the three buttons from the bottom of the plywood. Set the two red ones at lower two holes and the green one at top. The green one will be the major one to test your response time. 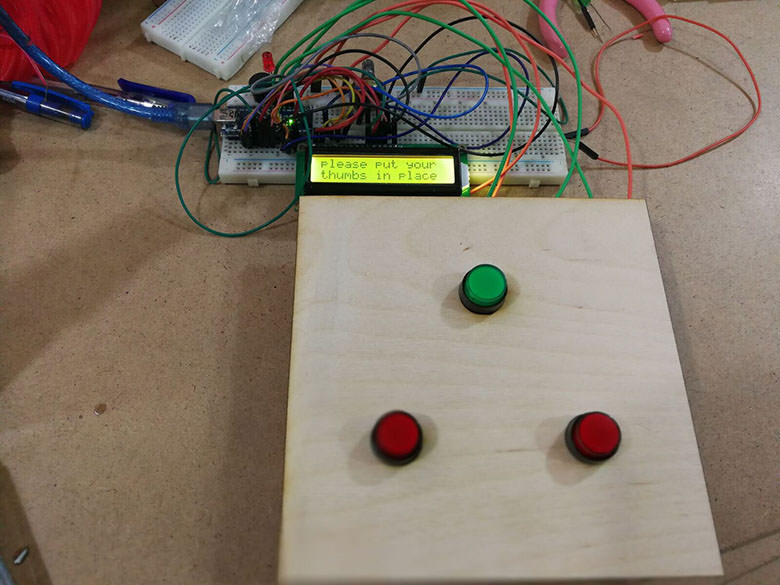 Then after uploading the code (a bit different because an LCD is used), start to measure reflex time also!

Take 30% Off Your First Purchase
Coupon code will be sent to this email address. Subscribers can get exclusive discounts,freebies and giveaways!